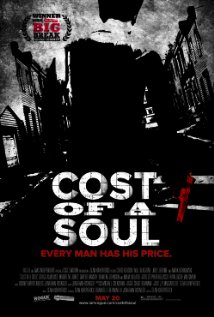 Wounded in the war, Tommy Donahue and DD Davis return home from Iraq to the slum neighborhood they grew up in. Tommy returns to his wife, Faith, whom he abandoned while she was pregnant to escape a life of crime. Tommy meets his disabled six-year-old daughter, Hope, for the first time, and she begins to melt his frozen heart.

While DD struggles to make an honest living, his older brother, Darnell, has risen to become the neighborhood kingpin. DD faces the pressure to save his younger brother, James, from following in Darnell’s dangerous footsteps.

Tommy and DD find themselves trapped in the same slum they joined the military to escape. As they struggle for redemption, their own families become entangled in a web of crime, corruption and violence.

and receive a free copy of “Being” by Ron Ash 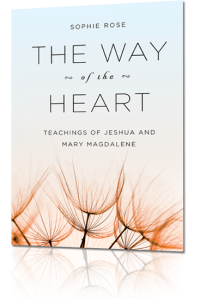 The Way of The Heart is a spiritual course on how to access your soul and become a co-creator of your world.
After years of meditation practice, Sophie Rose was contacted by a spirit who called himself Jeshua, or Jesus. Then Mary Magdalene joined a few months later. The 36 lessons of The Way of The Heart were dictated in the silence of meditation.
The second part of the book contains the comments and questions of an audience and Jeshua and Mary Magdalene’s answers. 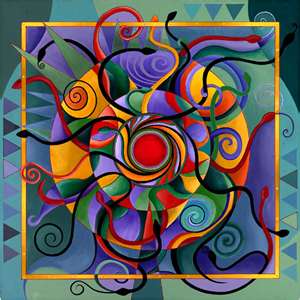 There are many things in life that contribute to our Being.  Many of life’s experiences culminate in our hearts, souls and minds to give us our sense of self.  The lessons we learn from situations and circumstance all have much to with who we are internally and externally.

Nothing in all our lives will have the profound effect on the creation that is us as the one found in God’s very first gift to us.  What is this gift?  Well, as we look back to the beginning of our time here in this physical realm it becomes plain to see where the majority of ourselves has developed from.

As we look back to the very instance of our physical conception it becomes ever more obvious.  The range of influence is insurmountable.  Emotional, physical and spiritual input is unleashed upon us from an unrivaled physical source that gives freely and unconditionally for a single purpose.  The primary functions of nurturing, protecting and ensuring the growth of our physical bodies and spiritual souls.

Our first gift from God in this physical realm of our existence is our mother.  She is the one who sustains us while we begin a physical life in the womb.  All God’s blueprints come to life in the body of our mother.  The set of plans which contain the potential for our Being are set in motion and the creation takes its first step in the realization of what will be Spirit with body and the essence of our Being.

What our mothers feel we feel even before our birth.  Emotional experiences are passed on to us even in our fetal state.  We can be calmed by music and excited by chaos.  It is possible for us to react to stress and fear as well as peace and love.  In her Being comes our Being.

It is what our mother drinks that we drink.  What she eats we eat.  So it is as she breathes we do to.  Our hearts although separate are dependent on each other for so many things.  For all intensive purposes we are One existing as two for about a nine month duration of which her primary objective is to bring us through the process unscathed.

After the birth her job continues.  It is an endless sacrifice of self for her child.  Her entire life begins to revolve around assuring that the child’s needs are met in all ways.  The baby must be fed, clothed and cleaned continually.  Its safety and health must be carefully monitored throughout the day.  It must experience love and comfort physically and mentally in order to grow to its greatest potential for Being.

Our mother becomes our first teacher.  She helps us to walk and to talk, read and write and introduces us to all things of Spirit.  If she maintains a strong connection with us all these things become the seeds of hope, faith and love sowed in our hearts.

Moms teach us all the time whether intentionally or unintentionally.  We learn from them even when we don’t know we are learning.  Much of the things I cherish about myself today all came from my mother’s ways.  She taught me to treat others as I would like to be treated in a simple statement, “Ronnie, you wouldn’t want someone to do that to you.”   She set the stage for my spiritual foundation by setting me inside a church and keeping the Bible in a prominent place in our home.  She gave me the things from within it daily as circumstances arose.  Funny, she rarely told me the Bible says, but always showed me in her own unique way exactly what It said.  It was her who taught me to appreciate all of God’s creations without telling me to appreciate all of God’s creations.  Her sacrifices’ exhibited to me the necessity to sacrifice as her giving taught me to give unconditionally.

Always safe and always secure; never knowing our poverty in poverty or our abundance in abundance.  Never questioning from where our needs would be fulfilled, seldom without hope and rarely wanting more than all that we had.  As a child we trust that all is well, in calm and in chaos we find peace and joy because of our Mothers. 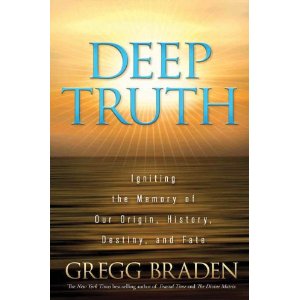 Igniting the Memory of Our Origin, History, Destiny, and Fate

A new world is emerging before our eyes, while the unsustainable world of the past struggles to continue. Both worlds reflect the beliefs of our past. Both exist-but only for now. Which world do you choose?

Best-selling author and visionary scientist Gregg Braden suggests that the

hottest issues that divide us as families, nations, and civilization seemingly

separate concerns such as war, terror, abortion, suicide, genocide, the death penalty, poverty, economic collapse, and nuclear war-are actually related. They all stem from the false assumptions of an outdated science, assumptions that have brought us to the brink of disaster and the loss of all that we cherish as a civilization.

· Evolution alone does not explain our existence

· We’re at a pivotal tipping point in our existence

These discoveries give us the reasons to think differently about ourselves.

With that difference, the solutions become obvious, and the choices become

New York Times best selling author Gregg Braden is internationally renowned as a pioneer in bridging science and spirituality. Following a successful career as a Computer Geologist for Phillips Petroleum during the 1970s energy crisis, he worked as a Senior Computer Systems Designer with Martin Marietta during the last years of the Cold War. In 1991 he became The First Technical Operations Manager for Cisco Systems, where he led the development of the global support team assuring the reliability of the internet in its early days.

monasteries, and forgotten texts to uncover their timeless secrets. To date,

his work has led to such paradigm-shattering books as The Isaiah Effect, The

God Code, The Divine Matrix, and his most recent, Fractal Time: The Secret of 2012 and a New World Age.